After learning some openGL basics i decided it was time to combine fragments i already knew like phong-lighting and Camera transformations with new aspects. I came across L-systems which can be used to create plant like geometry. Since i was intrigued by the results that can be achieved i wanted to try it myself.

In general L-systems are a set of symbols (or elements of a set) that define a Alphabet. Each Symbol has a meaning in our graphic System. For this project I choose a small set.

Next each element was assign a function within the actual graphics system.

So with a given String the corresponding geometry can now be created. The code for each element is fairly straight forward:

Now looking back at the project I realise that the correction factors would be obsolete if I had simply translated by a little less than the actual objectHeight. Anyways the code for actually drawing is a little bit messy since i didn’t know about instancing at the time so for each drawcall all the points of the cuboid are send to the GPU which leads to quite a few problems as we will soon see. 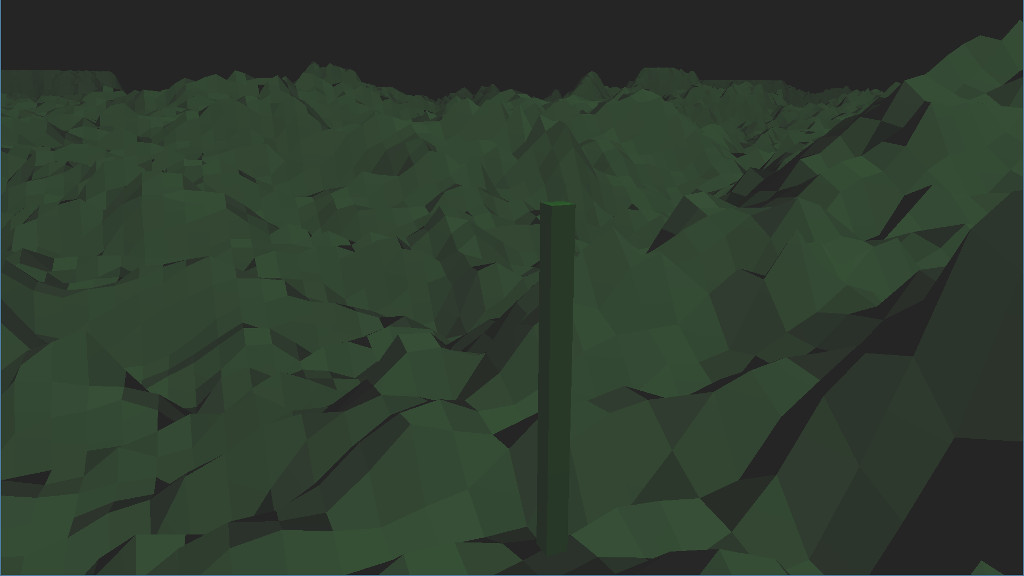 The only thing that still needs explaining is how the String that is to be rendered is generated. Starting with the first recursion only the axioms is present thus only “F” which means a simple cuboid will be drawn. In the next iteration a replacement rule is applied to the axiom which will in itself generate a new String which can be rendered and used as input for the next iteration. The replacement rule that was used for this project is fairly arbitrarily chosen as:

However we faced a few challenges some originate in the fact that this replacement generates a massive String with very few iterations the application faces a few limitations.

I tried to address issue 1 and 3 however since i was and still am fairly inexperienced these attempts are only workarounds.

Transform on CPU once

Instead of sending the ctm and cube-points for each cube individually to the GPU and doing the transformation on the GPU. I decided to transform all cube once on the CPU and then send all the points at once to the GPU, which means the amount is still the same however since it is precalculated and continuous it is a lot faster. Obvious downside is that i can no longer dynamically change any attributes without letting the CPU recalculate. Thus every time one wishes to step to the next iteration (or previous) the CPU has to recalculate all the points. However once the points have been calculated the tree can be viewed smoothly.

Assuming the tree is a cylinder

Below the source-code and binaries are provided if you want to look at the application yourself.